Now & then ~ when reading the Bible.. A momento of confusion hits from outta nowhere.. Such is the case in Exodus 4:24-26. Well?? Today.. I looked it up and found out that, I AM SO NOT ALONE!! That particular verse has been the subject of thought for MANY A SCHOLAR.. & EVEN misinterpreted.. Turns out - they were thinking too hard! 😩 I just hate when that confusion hits me.. After all - the Bible says in Isaiah that the Word is so simplistic, yea, that even a fool cannot err within 😲 Upon looking today - I found a site that explains the whole thing! KJVToday.com writes...

What exactly is happening in the passage about the circumcision of Moses' son in Exodus 4:24-26?

"24 And it came to pass by the way in the inn, that the LORD met him, and sought to kill him. 25Then Zipporah took a sharp stone, and cut off the foreskin of her son, and cast it at his feet, and said, Surely a bloody husband art thou to me. 26 So he let him go: then she said, A bloody husband thou art, because of the circumcision." (Exodus 4:21-26, KJV)

Many have been taught that in Exodus 4:24-26 God is seeking to kill Moses, and in response Zippora circumcised her son to avert God's wrath. This is supported by a midrash (Jewish interpretation) in the Book of Jasher (Sepir Ha Yasher) 79:8-12 (which is not the authentic Book of Jasher mentioned in the Old Testament). The Exodus passage also refers to the term, "bridegroom of blood," in many translations. This passage has perplexed many students of the word over the years.

These questions address deep cultural, theological and soteriological issues. There have been many attempts to answer these questions, but they are all very speculative. There is no scriptural basis for taking the life of a father who does not circumcise a son. Punishment for failing to be circumcisedfalls upon the child, not the father (Genesis 17:14). Moreover, the failure to be circumcised is punishable by exclusion from the Abrahamic covenant, not death (Genesis 17:14). If God sought to kill Moses for his sin of murder, as some scholars speculate, there is nothing about circumcision that atones for sin. Circumcision is a covenant, not a sacrifice that atones for sin. These speculative answers flirt with unscriptural principles.

The problem is not with the answers, but with the questions. People are asking the wrong questions because they are reading the passage incorrectly in faulty translations. When the passage is read correctly in the King James Bible, the passage becomes easy to understand. There is no need to ask these difficult questions.

21 The LORD said to Moses, "When you return to Egypt, see that you perform before Pharaoh all the wonders I have given you the power to do. But I will harden his heart so that he will not let the people go. 22 Then say to Pharaoh, 'This is what the LORD says: Israel is my firstborn son, 23 and I told you, "Let my son go, so he may worship me." But you refused to let him go; so I will kill your firstborn son.'" 24 At a lodging place on the way, the LORD met Moses and was about to kill him. 25 But Zipporah took a flint knife, cut off her son's foreskin and touched Moses' feet with it. "Surely you are a bridegroom of blood to me," she said. 26 So the LORD let him alone. (At that time she said "bridegroom of blood," referring to circumcision.) (Exodus 4:21-26)

The underlined words above are words that were supplied by the NIV translators. The original Hebrew only has pronouns such as "he" and "him" in those places. These supplied names seem to make it easier for the reader to follow the narrative. But the problem is that these supplied names are incorrect. When we read the passage in the King James Bible we get the correct understanding of the passage. Once we get the correct understanding of the passage, the hard questions that have plagued theologians for years will vanish. Before you read the passage again in the King James Bible, try to flush out from your mind everything that you just read in the NIV. Approach the text as if you are reading it for the first time.

21 And the LORD said unto Moses, When thou goest to return into Egypt, see that thou do all those wonders before Pharaoh, which I have put in thine hand: but I will harden his heart, that he shall not let the people go. 22 And thou shalt say unto Pharaoh, Thus saith the LORD, Israel is my son, even my firstborn: 23 And I say unto thee, Let my son go, that he may serve me: and if thou refuse to let him go, behold, I will slay thy son, even thy firstborn. 24 And it came to pass by the way in the inn, that the LORD met him, and sought to kill him. 25 Then Zipporah took a sharp stone, and cut off the foreskin of her son, and cast it at his feet, and said, Surely a bloody husband art thou to me. 26 So he let him go: then she said, A bloody husband thou art, because of the circumcision. (Exodus 4:21-26)

Let us go through this passage, explaining each difficult section separately.

"Him" in verse 24 refers to Pharaoh's firstborn son

Verse 24 says that the LORD met Pharaoh's firstborn son in an inn and determined ("sought") to kill him. God had the foreknowledge of Pharaoh's refusal to let Israel go, so God was already prepared to seek the death of the firstborn son. This sentence also serves to foreshadow the future narrative.

Zipporah circumcised her son as Moses held him still

A new section begins from verse 25. The narrative begins with a picture of Zipporah circumcising her son. The immediate question is, "Why is Moses not performing the circumcision?" The answer is that Moses had to hold on to the son so that the son would stay still. Imagine the situation. Here is a grown boy who had to be circumcised. A typical child would not stay still for a scary procedure such as circumcision. Some parents who have taken their children to the dentist or vaccination will understand. Zipporah, being a woman, probably did not have enough strength to completely keep still a grown boy. So Moses had to keep the boy still. Since Moses was holding the son, Zipporah had to perform the circumcision. That is why when the circumcision was over, verse 26 says, "he let him go." This "he" is Moses because the nearest male antecedent is "bloody husband." This phrase is not about God letting Moses go, but about Moses letting his son go after the circumcision was over.

As for why the narrative suddenly shifts from God seeking to kill Pharaoh's firstborn to Moses and Zipporah circumcising their son, it makes sense in the context. In verse 23 God had pronounced a judgment upon Pharaoh's son, but it may have been obvious to Moses that God's judgment affects not only the king of Egypt but all the Egyptians. Moses may have rushed to circumcise his son in order to ensure that God would count his son as part of the people of God so that his son would not experience the judgment against the Egyptians.

Zipporah called Moses a "bloody husband" out of disgust

Some scholars believe that the term "bridegroom of blood" (same as "bloody husband" in the KJV) signifies Zipporah's religious idea about blood sacrifice and covenant. These scholars are thinking too hard. Zipporah casts the foreskin at Moses' feet and calls him a "bloody husband" simply because she is disgusted by the bloody procedure of circumcision. Many non-Hebrews who have never seen circumcision might find the procedure utterly strange, inhumane, and disgusting. The term "bloody husband" is merely Zipporah's criticism of a husband who performs an apparently strange and bloody procedure.

Verses 22-26 are summarized as follows: In verses 22-23, God tells Moses that God would kill Pharaoh's firstborn son. In verse 24, God locks his target on the firstborn son. Moses fears for the safety of his son because the son had not yet entered into a covenant relationship with God. Thus in verse 25, Zipporah circumcises her son as Moses holds him still. In verse 26, the circumcision is finished and Moses lets go of his son. In verses 25 and 26, Zipporah calls Moses a "bloody husband" because of his strange and bloody procedure of circumcision. Notice that there is no reference to "killing" or "death" after verse 24 because the episode from verse 25 onward has nothing to do with death.

Read the passage again and see how simple it is. This passage is rather uneventful and straightforward if we read it properly. The difficult questions asked by scholars are easily answered, and some of them simply become irrelevant. The NIV and other translations that try to help the reader by replacing pronouns with names actually cause a stumbling block to the proper understanding of this passage. God was able to write "Moses" or "LORD" if he wanted to. But God did not. Some translations might be easier to read, but they may not be easier to understand.

GET Salvation; or GO HOME!!

Who ELSE loves to sing the AWESOME words of king Solomon??? From ECCLESIASTES 3:1-8

May the story of 'Ol Ben; Bless you today!

GET Salvation; or GO HOME!!

Who ELSE loves to sing the AWESOME words of king Solomon??? From ECCLESIASTES 3:1-8 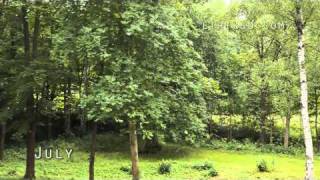 May the story of 'Ol Ben; Bless you today!